When the Click For Support project ended in 2015 all members of Euronet agreed that the next logical step would be to develop a web-based intervention based on our guidelines from Click For Support. And so a project application was filed and in december 2016 we got a go from the European Union.

The main objective of the Click for Support – REALized project (co-funded by the European Union), is to develop a web-based intervention for consumers of New Psychoactive Substances (also known as ‘designer drugs’, ‘research chemicals’, or ‘legal highs’). Especially over the past 10 years, the market for NPS has developed and expanded rapidly, yet inadequate information sources are available for users regarding possible risks and health harms of NPS use. Furthermore, there is a lack of prevention interventions specifically directed at NPS use. The to-be developed WBI will be the first online professional prevention offer focused on NPS.

The WBI will be based on the guidelines for web-based selective drug prevention developed in the former Click for Support project (2014-2015), also co-funded by the European Union. National and international research exercises will be held to collect currently existing good practices regarding prevention offers for NPS.

The current WBI will consist of an informational part on the effects and risks of consumption of different new psychoactive substances, a self-assessment test for users, and a 30-day intervention programme operated by national prevention experts. The contents of the website will partially be informed by the opinions and ideas of NPS users themselves: in order to involve the target group, two rounds of national focus groups will be conducted.

Involved in the project, as in the previous Click for Support project, are representative institutions from Austria, Belgium, Cyprus, Finland, Germany, Greece, Italy, Latvia, Luxembourg, The Netherlands, Portugal, Slovakia, and Slovenia. The collaborating prevention experts of all participating countries will receive training in online counseling and handling the WBI by experts. 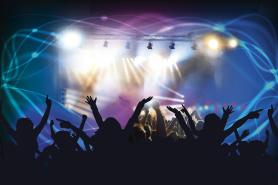